Peggy Rupple had every reason to live in fear and doubt when her cancer continued to return over and over—five times. But she chose to amplify the voice of truth in her life. She shares with host Rev. McCray the truths that sustained her through those painful seasons. 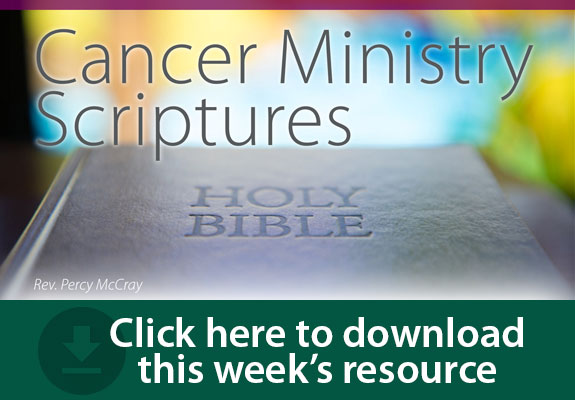 Peggy Rupple had every reason to live in fear and doubt when her non-Hodgkin Lymphoma continued to return over and over—five times. But instead of holding onto fear, she chose to cling to truth.

Her children were young when she received her first diagnosis and she wondered if she would see them grow up. The unknown future startled her. She asked herself, “What is knowable?” For her, knowing God was the only thing she felt like she knew for sure, so she clung to Him. She also sensed God asking her, “What do you know to be true?” She replied, “That You love me, You will never leave me, and You work all things together for the good.” These became the truth statements that helped sustain her through the pain and uncertainty.

She still struggled with discouragement at times and wanted to even isolate herself when the cancer returned, but she chose to amplify the truth and silence the voice of fear. “The enemy was not after my life. The scripture says for me to live is Christ, to die is gain. But he was after my joy.”

Peggy is thankful for the great clinical care she received and knows God used the doctors to help her. Her latest healing, however, she believes came directly from God. Doctors scheduled her for treatment, but when she went in for the pre-op scans, the cancer had diminished. “So, while I had bouts within this (cancer) five times, where things went sadly wrong…He (God) also did the miraculous.” Peggy’s cancer has not returned in twelve years, after the last diagnosis of stage IV, and she attributes that to the hand of God.

Learn More:
What is non-Hodgkin Lymphoma?

The information provided here is for educational purposes only. In no way should it be considered as offering medical advice. Cancer Treatment Centers of America assumes no responsibility for how this material is used. Please check with a physician if you suspect you are ill. Also note that while Cancer Treatment Centers of America frequently updates its contents, medical information changes rapidly. Therefore, some information may be out of date.

Learn what CANCER TREATMENT CENTERS OF AMERICA® IS doing to protect patients amid the coronavirus outbreak.